5 for Friday with Maddison McKibbin 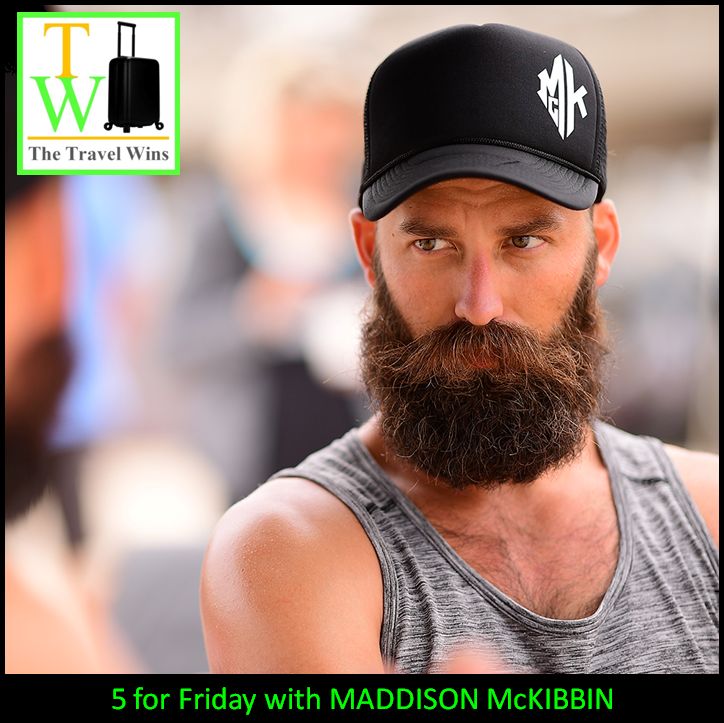 Maddison McKibbin is my guest on today’s 5 for Friday. A world class athlete and professional beach volleyball player, Maddison has learned what it takes to be the best. I really enjoyed my conversation with Maddison as we discussed his life as a professional beach volleyball player and video content creator with his brother Riley. Maddison talks about the differences in traveling for the AVP tour and the FIVB tour. As their video content creating gets better they have to remember to pack all of the additional recording gear when traveling to tournaments.

Make sure to listen to the full episode on Monday.

Maddison McKibbin was a three-time state champion at Punahou High in Honolulu for indoor volleyball. He was the MVP of both the 2009 Volleyball Magazine Fab 50 list as well as the Mizuno/Volleyball Magazine All-American Team. Maddison continued his indoor career as opposite/outside hitter at the University of Southern California.

The McKibbin brothers, Maddison and Riley, grew up on the island of Oahu playing volleyball in their backyard and on the sand of the Outrigger Canoe Club. They are the only brothers in the history of the sport to have played together in high school, college, professionally overseas. They continue to play professionally on the beach on the AVP tour. Born two years apart, the McKibbins attended Punahou High School. They lead the boys varsity volleyball team to a pair of state championships. In high school, they represented the United States at the FIVB Beach Volleyball Junior World Championships in China, Bermuda and The Netherlands.

After both accepting scholarships to the University of Southern California, the McKibbins led the USC men’s volleyball team to two NCAA Final Four appearances. On the professional indoor volleyball circuit, they played one year together in Greece. The brothers joined forces on the AVP tour in 2015. The McKibbins have played in 12 AVP events as partners, finishing as high as ninth place four times. An injury to Riley separated them for five tour stops last season, during which time Maddison won the 2017 San Francisco Open. The McKibbins have strong family ties to volleyball, specifically at USC. Their uncle, Owen, also helped the Trojans to a pair of Final Fours. Their aunt, Claudia, won a national championship there in 1980.