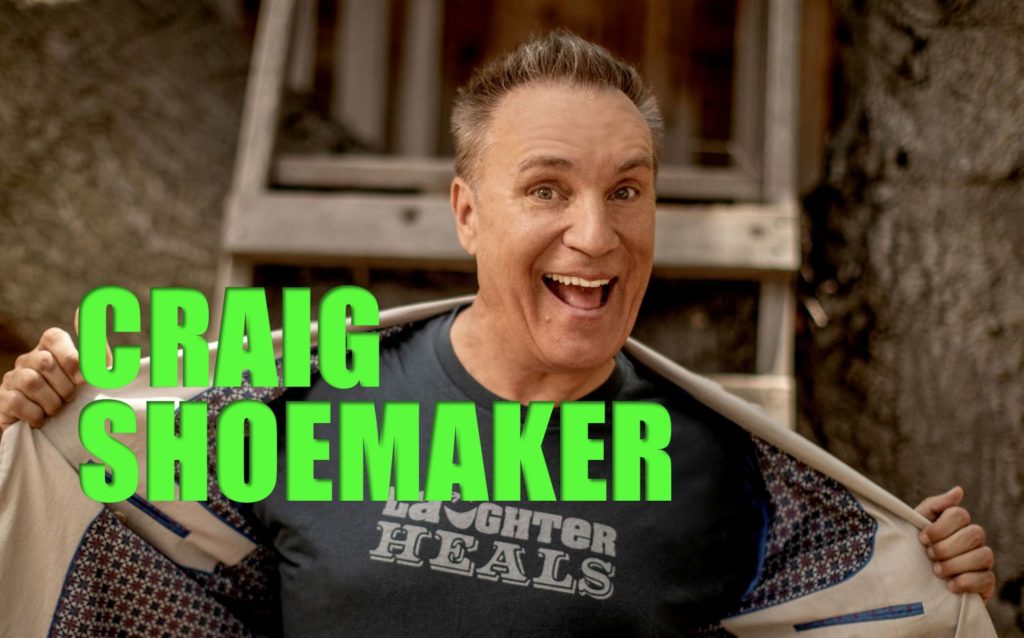 Craig Shoemaker is a stand-up comedian, actor, author, writer, producer as well as husband and father with a career that spans over three decades. He takes laughter to a whole new level with his “Command The Room” coaching and “Laughter Heals” foundation. We have a great talk about the people who inspired him at a young age and how he uses laughter on an everyday basis to make his life and everyone around him a little bit better thru comedy.

Craig created a Laughter Movement and his purpose is to help others laugh. It’s not often you get to speak with a person who has helped so many others improve their lives. Having worked with so many talented people over the years he has plenty of stories to share. In addition to helping business people and various individuals, Craig also helped the Boston Red Sox and Los Angeles Lakers be successful thru laughter.

Make sure to connect with Craig on his website www.craigshoemaker.com so you can see where he is performing next as well as when he is available for his laugh coaching.

Craig Shoemaker has had a career in show business spanning over three decades as a stand-up comedian, actor, author, writer and producer. He was named Funniest Male Stand-Up Comic at The American Comedy Awards on ABC and has garnered two Emmy Awards.

Craig is known for his engaging, relatable standup and iconic baritone-voiced character, The Lovemaster (all time Top 10 list on XM Radio as the “Most Popular”). He released a 90-minute standup special, “Daditude” which aired on the SHOWTIME Network and Netflix. His Comedy Central special was voted by viewers as one of the “Top 20” of all time. His follow-up special “Unzipped” aired to mass acclaim and the live CD was on the Billboard Top 20 for six weeks.

He has made multiple network TV/movie appearances, including: Middle Man, MTV’s “Awkward”, Parks & Recreation, The Late Show, The View, Comic Relief, The Bold & The Beautiful, Matlock, Fresh Prince of Bel Air, and Scream 2. Craig has written for season two of the sitcom Fuller House. He wrote, produced and starred in Universal’s cult hit “Totally Baked”. He also produced, wrote and starred in “The LoveMaster”. As a voiceover artist, Craig’s dead-on impression of Don Knotts and narration was featured in the film Pleasantville.

Craig’s passion reaches beyond stand-up comedy. He founded LaughterHeals.org, a nonprofit group dedicated to using laughter as a healing modality and holds an honorary doctorate degree from Cal U of PA. Years of using comedy as both a personal and professional tool has prepared him to motivate you with laughter, share his truths and leave you with a set of coping tools of your own to find your funny and be Enlightened Up. 1-on-1 coaching programs, speaking engagements and workshops will teach you how to use laughter to get out of your most difficult times, make connections and reconnect with yourself as well as others.