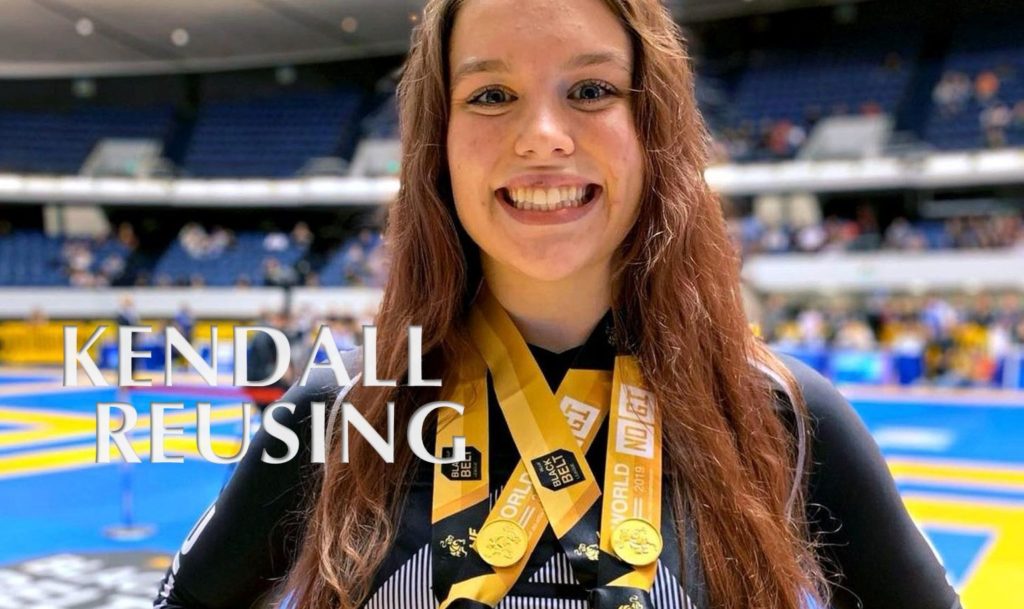 Kendall Reusing is a Brazilian Jiu Jitsu black belt instructor and world champion living in Southern California. She is widely regarded as one of the top competitors of her generation. After a successful career as a freestyle wrestler, Reusing dominated the super-heavyweight division as a colored belt, before joining the black belt brackets in July 2019. During her first 6 months in BJJ’s professional division, Kendall conquered the International Brazilian Jiu-Jitsu Federation (IBJJF) World No-Gi Championship in both her weight and the absolute division (open weight), cementing her status as one of the top tier athletes in the sport.

She has traveled around the states for competitions and training seminars. The demands for traveling will only increase as her skills are showcased more and more. We have a great talk about balancing her diet while traveling while still enjoying the cities she visits as much as possible.

With a sporty and outgoing personality from an early age, Kendall went through an array of activities as a child, from gymnastics to judo, wrestling, jiu-jitsu as well as singing and acting.

Brazilian jiu-jitsu was the first martial art Reusing engaged in, a sport she initiated at the age of 5, through her parents’ influence. Kendall’s father, Tom Reusing had moved from the southeastern state of Georgia to California, years before she was born to study jiu-jitsu and gradually instilled in his daughter the same love for martial arts.

By the time Kendall was 7, she was already practicing BJJ (with coach Ricardo Guimarães and dad, Tom) as well as judo, sports she broke from as a 13-year-old, to focus on her wrestling career. Reusing spent the following 6 years on those wrestling mats, winning a California State Championship, as well as 4 US National Championships in high school.

In 2012 Reusing started wrestling with Team USA internationally, training at the US Olympic Training Center in Colorado Springs for a few years, competing at the World Teams and several international teams tournaments at various levels, going on represent the Simon Fraser University (British Columbia) for 1 year (2015-2016), before returning to California, and jiu-jitsu, in 2016.

Once home, Kendall Reusing quickly made up for lost time, conquering some of the top events available in BJJ’s colored belt divisions. Her numerous wins were the catalyst for her black belt promotion, a promotion that took place in July 2019, led by Tom Reusing.