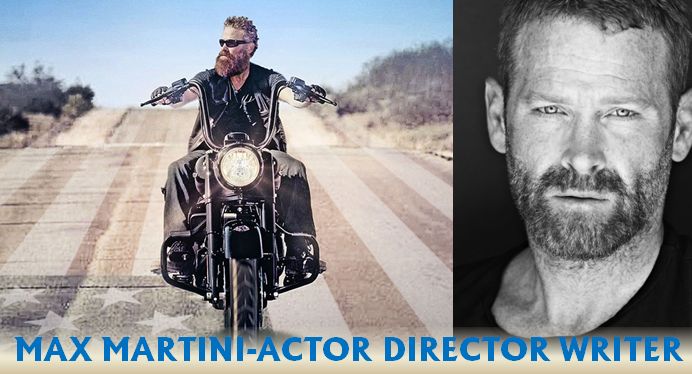 Max was great sharing his travel stories from the movies he worked on. His latest role as director makes him responsible for everyone’s traveling and he shared some of the differences. He has worked with the best people in the movie and television industries in a career spanning decades so it was a pleasure getting to spend some time speaking with him.

I’m excited to watch his upcoming movie “Manson Brothers Zombie Massacre” and he is getting ready to direct a rodeo movie in Oklahoma.

Max Martini is an American film, theater and television actor, writer, and director known for his roles as Corporal Fred Henderson in Saving Private Ryan, Wiley in Level 9, First Sergeant Sid Wojo in The Great Raid, and as Master Sergeant Mack Gerhardt on the military television drama, The Unit. He also starred in the film 13 Hours: The Secret Soldiers of Benghazi.

Max moved to New York City and studied acting, first at the Neighborhood Playhouse before continuing training at Michael Howard Studios. He then attended the School of Visual Arts in Manhattan and received a B.F.A.in painting and sculpture.