Smush Parker – NBA and The World 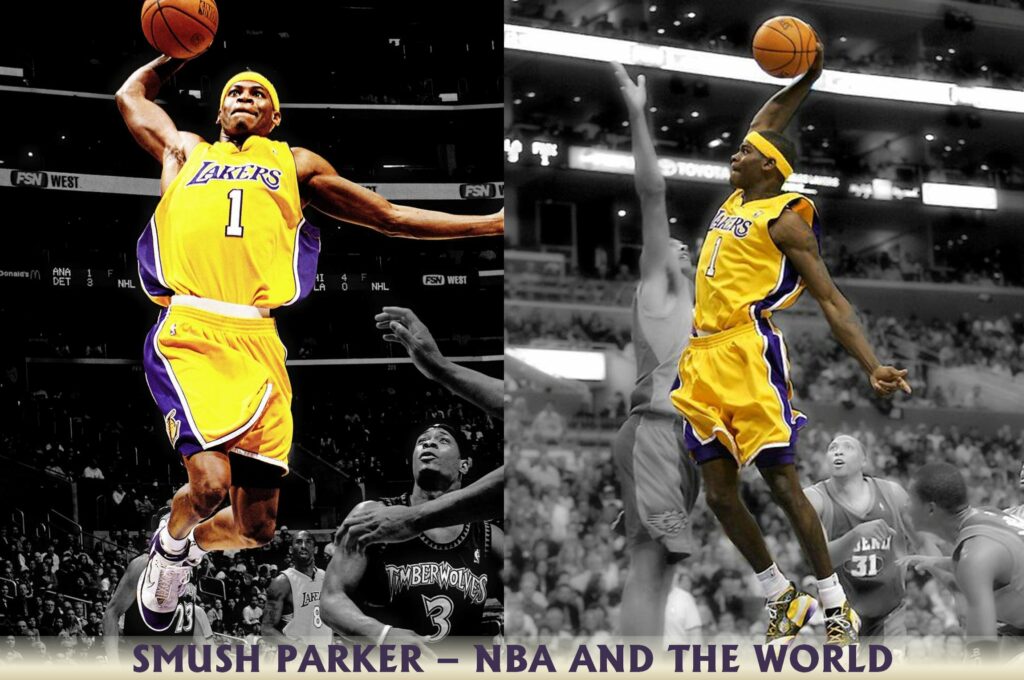 Smush Parker is my guest on today’s podcast. Smush talks about his time in the NBA as well as playing basketball in multiple countries. He shared his favorite place to live and work and some travel tips while playing overseas.

Parker was born in Brooklyn to parents William “Bill” Henry Parker II and Robin Royal Parker. He attended Newtown High School in Elmhurst, Queens, where he was a star guard on their varsity basketball team. He then enrolled in the College of Southern Idaho as a freshman in the 1999-2000 season and transferred to play college basketball at Fordham University. Following his sophomore season at Fordham University, he entered the NBA in 2002 but went undrafted. During his sophomore season, he was Second Team All A-10 and Second Team NABC All-Region.

While he was not drafted out of college, the Cleveland Cavaliers signed him for the 2002-03 season.

In 2003, he signed with Aris Thessaloniki of the Greek League (FIBA Europe), and helped them win the 2004 Greek Basketball Cup in the final against Olympiacos. He returned to the NBA in 2004, and played for the Detroit Pistons and the Phoenix Suns. He then signed a contract with the Los Angeles Lakers during the summer of 2005.

Little known entering the 2005 season, Parker gained recognition as the starting point guard for the Lakers under coach Phil Jackson. While many experts thought that either newly signed veteran Aaron McKie or Sasha Vujačić would start at point guard, Parker became the surprise starter in the Lakers’ season opener against the Denver Nuggets and went on to score at least 20 points in four of his first five Laker games. This impressed Jackson, and Parker found himself in the starting line-up for the Lakers. From 2005 until 2007, Parker started 162 straight games averaging 11.5 points. During the last two games of the regular season and the playoffs (2006–2007), Parker lost his starting spot to rookie Jordan Farmar. While with the Lakers, Parker clashed with coaches and players, and has even admitted to looking off Kobe Bryant and not passing him the ball nearing the end of his second season. Kobe Bryant singled out Parker as a bad teammate, saying in 2012 that Parker “shouldn’t have been in the NBA, but we were too cheap to pay for a point guard

On July 26, 2007, Parker signed with the Miami Heat. For the Heat, Parker wore jersey number 21. His production dropped off dramatically while with the Heat, with averages of 4.8 points, 1.7 assists and 2.1 rebounds, compared to his 11.1 in 164 games with the Los Angeles Lakers.

Due to a physical altercation that Parker had with a parking attendant in November 2007, the Miami Heat put him on paid leave to investigate the matter. On March 10, 2008, the Miami Heat officially waived Parker. The Los Angeles Clippers then signed him for the rest of the season on March 12, 2008.

On July 10, 2008, the Los Angeles Clippers officially renounced their rights to Parker.

In the 2008 offseason Parker was signed by the Denver Nuggets but was released on October 23, 2008, as the Nuggets trimmed their roster to the league-allowed 15. He then played with the Rio Grande Valley Vipers of the NBA Development League.

On January 9, 2009, Parker officially signed with Guangdong Southern Tigers of the Chinese Basketball Association, making him one of the better known foreign players employed in the CBA, which was due mainly to his exposure gained in the country playing alongside Kobe Bryant.

In September 2010 he signed a one-year contract with the Russian club Spartak Saint Petersburg.

In January 2011 he returned to Greece and signed a contract with Iraklis Thessaloniki.

In January 2012, Parker signed with Petrochimi Bandar Imam of the Iranian Basketball Super League. He later played in Venezuela, then signed with the Indios de San Francisco de Macorís of the Dominican Republic.

One comment on “Smush Parker – NBA and The World”