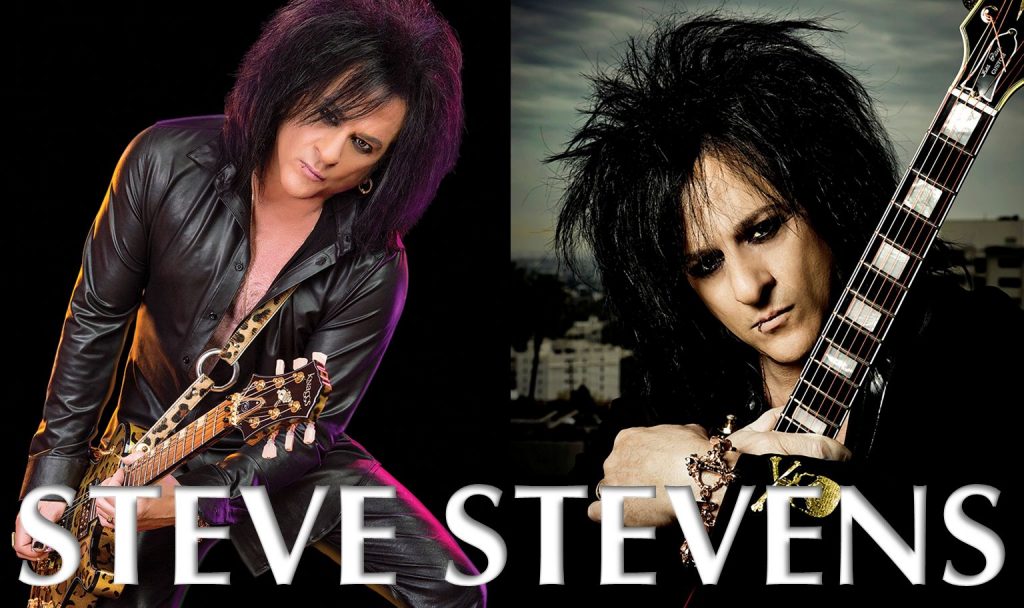 Steve Stevens is my guest on today’s podcast. Steve shared stories and advice from his decades on the road. His guitar playing background started at the age of 7 and five decades later he is still rocking out on a regular basis with Billy Idol. Spending nearly 40 years, off and on, with Billy Idol has given him some rare insight to the music industry. Steve worked on albums with Michael Jackson, Ric Ocasek, Vince Neil, soundtracks for the movies “Top Gun” and “Speed”, and more recently supergroup Deathland Ritual. He won his Grammy for the “Top Gun Anthem” and we talked about the possibility of the song making a comeback for this summer blockbuster follow up “Top Gun: Maverick”. He sees a need for the continuation of rock music and live performances but he also spoke about the growth of electronic music and the recent boom of Billie Eilish.

I was completely blown away getting to spend so much time talking with Steve and thankful for his wife, Josie, for setting up our time to chat. They work well together and we spoke about the positives of having your spouse with you while traveling for work.

Make sure to check out Steve on his social media platforms and follow him to find out where he will be playing next.

Steve’s listening choice while traveling for work is:

Taking a break from music, Steve likes to relax when he has time.

Steve Stevens is an American guitarist and songwriter. He is best known as Billy Idol’s guitarist and songwriting collaborator and for his lead guitar work on the theme to Top Gun – “Top Gun Anthem” – for which he won a Grammy in 1987: Best Pop Instrumental Performance. A session guitarist, he has played for Michael Jackson, Ric Ocasek, Robert Palmer and many others. Stevens was in Vince Neil’s band in 1993, touring and recording on Neil’s album Exposed. In 1995, Stevens and Idol were briefly members of the group Neurotic Outsiders. Stevens was a founding member of the supergroup Bozzio Levin Stevens, which released Black Light Syndrome in 1997 and Situation Dangerous in 2000. He brought Spanish flamenco guitar stylings to the song “Pistolero” (1999) for the trance group Juno Reactor. During 2012–2016, Stevens appeared with Kings of Chaos. His “Steve Stevens” group headlined the closing performance at the Musikmesse in Frankfurt, Germany, in April 2016. He is also a television personality on the E! Show Married to Rock, alongside his wife, Josie Stevens.

Jerusalem Slim (1992) – only released in Europe and Japan

Albums as a member of Bozzio Levin Stevens