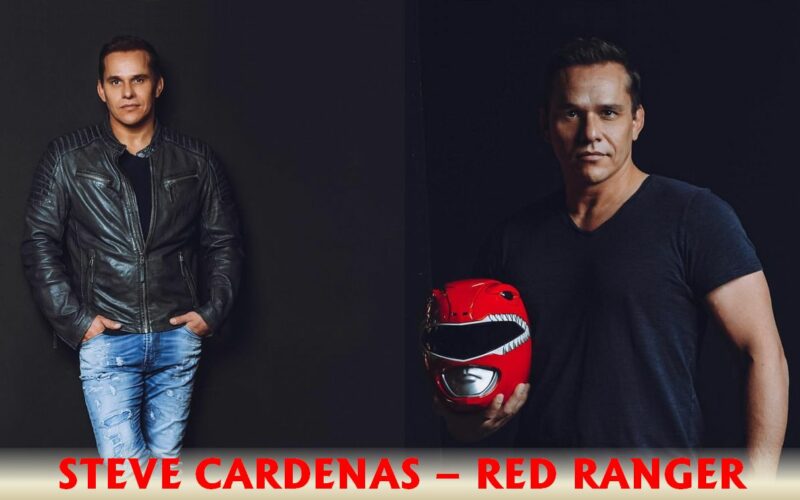 Steve Cardenas is my guest on today’s podcast. Steve is best known for portraying the Red Power Ranger of the Mighty Morphin Power Rangers.  I was excited for the chance to speak with Steve as he is traveling around the world to work at the various Comic Con conventions. We talk about his lifestyle as a lifelong martial artist and his mentality about staying shape and eating while on the road. He shared some cool stories of meeting and working with other celebrities at the conventions.

Steve’s listening choice while traveling for work is:

At age 20, Cardenas left his native Texas and settled in Los Angeles to audition for a Mighty Morphin Power Rangers role that would change his life. His character, Rocky DeSantos, replaced Jason Lee Scott (played by Austin St. John) as the Red Ranger in the Mighty Morphin Power Rangers TV series (eventually the Gold Ranger in Zeo), and he later became the Blue Ranger for Power Rangers Zeo. He had no previous acting experience and had to learn on the job. Cardenas left the Power Rangers series and retired from acting during Power Rangers Turbo, due to contract disagreements, and possibly to focus on his martial artist career.  Many years later, starting at the 2007 Power Morphicon convention, he began making convention appearances with other former cast members.

After Power Rangers, he owns a martial arts studio in Burbank, California and one in his hometown of San Antonio. In 2009, he started a kids-specific program at Hollywood Brazilian jiu-jitsu studio in West Hollywood, and in 2011 he opened the Force/Balance Brazilian jiu-jitsu & Yoga school. Cardenas had become interested in Brazilian jiu-jitsu after losing a friendly match against “a blue belt in BJJ… [he] choked me out in 10 seconds! He was only training for a year and a half at that time and I had been training for 10 yrs. It was an immediate eye opener.” The style was more difficult for him to learn than other martial arts disciplines.