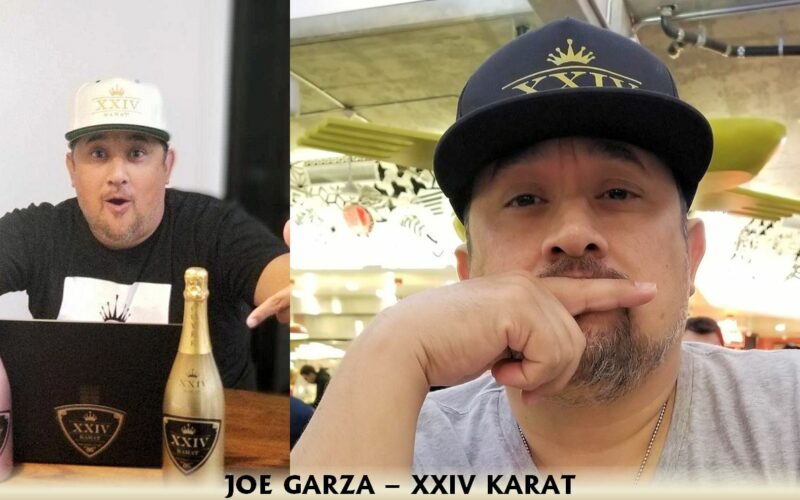 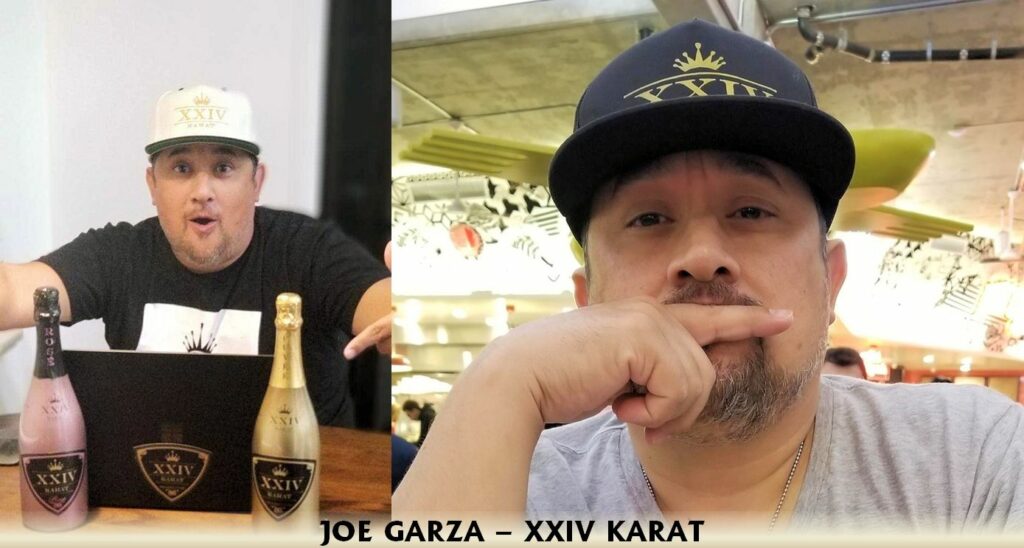 Joe Garza is my guest on today’s podcast. He is the managing partner of XXIV Karat Sparkling Wine and founder of West Coast Beverage Consulting firm. Joe shares his decades of experience working in sales and management of the beverage industry. It’s always nice hearing similar stories from traveling professionals who is on the road roughly 50% of his time. Joe shares some new ways to keep life on the road fresh and he shares his gratefulness for having a job that allows him to meet new people and see new cities.

We had a few audio glitches with his reception but they don’t last long and his experience with digital media that he shares in the second half of the interview are well worth the wait.

Joe has a wealth of knowledge in the beverage industry and he is nice enough to share it with others.

Joe’s listening choice while traveling for work is: 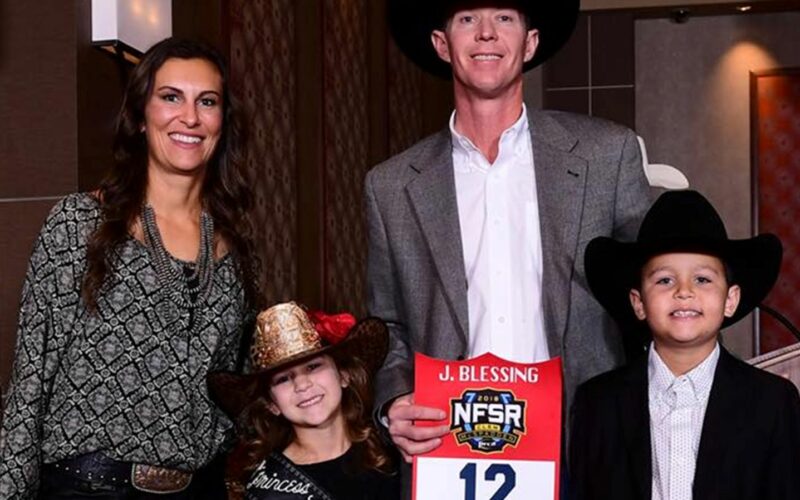 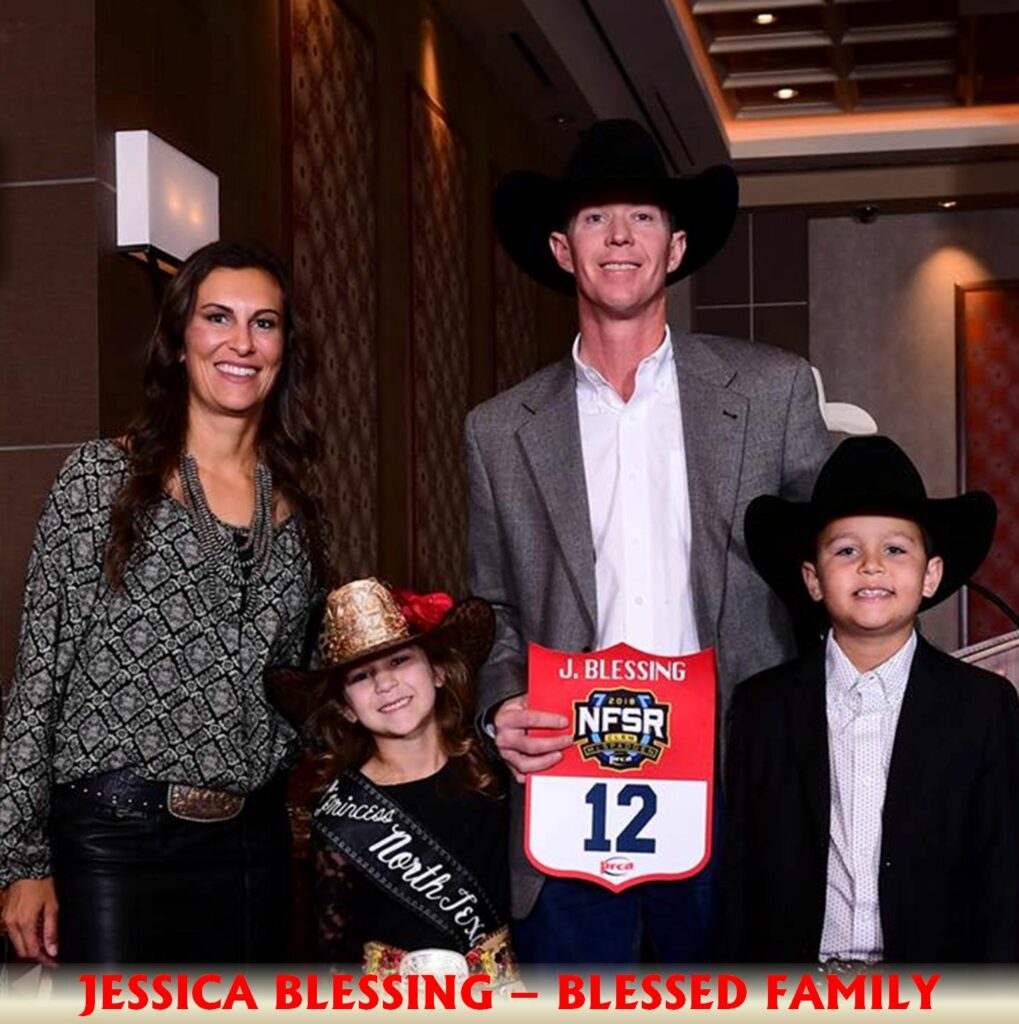 Jessica Blessing is my guest this week. Jessica is a powerhouse of a woman. We can start with she is a mom to 2 very active children, wife, business owner, outside sales representative and a friend to many. Every time I think “I’m so busy” or “how much traveling I have done or have to do for the upcoming season” I revert back to think how busy Jessica is. Being a traveling, outside sales representative in Texas while being pregnant, then being pregnant with a toddler is beyond my comprehension. Now that her children are older they are involved with school activities, rodeo, soccer, football and raising their pets. Having a toy Aussie breeding company and now starting a pony company adds to her growing list of responsibilities. We talk about how she keeps her sanity and how for her staying busy keeps everything in line. I am very fortunate to be one of her friends she can call while we drive for hours on end for our jobs.

Good luck trying to keep up with Jessica and her family.

Jessica’s listening choice while traveling for work is:

The name “B4” comes from our family brand.  A brand to us that stands for quality, integrity, hard work and dedication. This is carried over in everything we do…..especially in the animals we raise.   Our love and passion for the Aussie breed has transitioned into dream.   A dream to raise great dogs that have the personality and temperament someone would look for in choosing a new member of the family.

We are a small hobby breeder only raising a couple litters a year.   Our dogs are not “kennel” dogs.   They are raised in our home with our 2 small children and around livestock.   You will often see our dogs with us at rodeos across the country as well as at my kids sporting events.   They are all truly part of our family and we want that same bond and love for any pup purchased from us.

Our pups come from health tested parents and will be registered.

Their tails are docked, dew claws removed, microchipped and will be up to date on shots and worming prior to going to their new homes.   Each pup will go home with a puppy “starter kit” to make the transition into their new home as easy as possible.    Please feel free to message me on Facebook or call me with any questions you have about our dogs or upcoming litters. (209) 403-7865.

“Go West”, this simple phrase captures a universal longing to leave behind the everyday and set out for parts unknown. 140 years ago, John B. Stetson needed that call and created the classic symbol of the west. Today, the un-bridled individuality of the American Spirit continues to be our constant inspiration. Stetson footwear reflects the same beliefs and traditions that made Stetson a part of America. John B. Stetson Boots are known for their strong American roots and heritage. Stetson Boots are symbols of freedom – symbols of the West. With combinations of exotic boots and several different toe types, Stetson Boots have the look you need.

The differences between every human being are many. But, there is one thing that is common amongst those that choose to stand out in the crowd and that’s their metal. Whether it be a buckle, championship ring, cross, custom car, trophy or a body piercing… your metal is a symbol of who you are and what you aspire to become. It’s your badge. A snapshot into your psyche. Your metal is about pushing it to the limit, having the guts to hang it out there and a reminder that says you came, you saw, you kicked ass and you’ll be back… 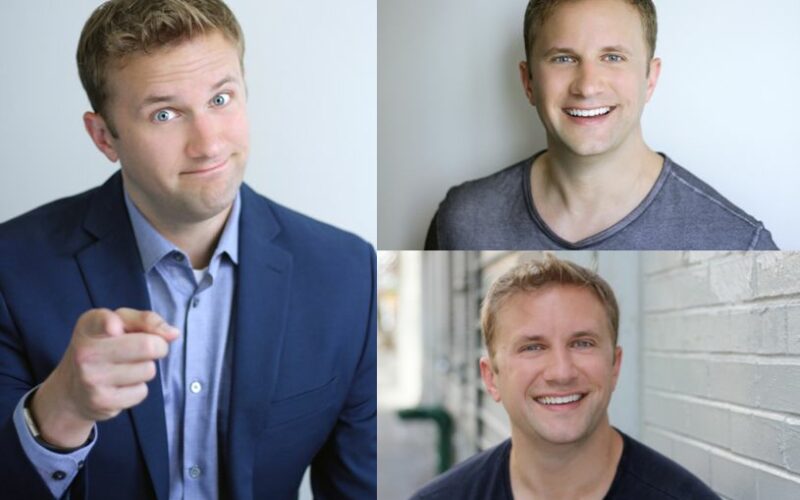 On today’s podcast I’m happy to have comedian Kevin Gootee. Kevin started his career in comedy like so many other comics ….. having a regular day job. His frustration with his sales job was the extra push to get him excited about having a career in comedy. He worked countless hours at clubs in the New York area and beyond. He now has a career in comedy as well as voice over acting work and hosting his own show on Amazon called “Comics Watching Comics”. If you get a chance you need to connect with Kevin and enjoy his work.

His official entrance into the world of stand-up comedy began in the Spring of 2010, and he’s never looked back. Kevin’s fans have described his comedy as “cerebral fraternity guy.” He’s not sure what that means, but he likes it.

Kevin is also the creator, host, executive producer, and director of the show, “Comics Watching Comics”  You can find it on Amazon Video now.

Two other shows he has created are, “License to Kill, No Odd Job”, began airing on the Twitch network Feb 2018.  Also, look out for Comics Watching Football which should be airing soon.

He also co-hosts 2 podcasts which are both found on iTunes: Safeword pc and Sportsbook/Box office

Lastly, he does voiceover work and you can check out samples on his website.

Kevin’s ultimate goal is to be the next great game show host, where he can continue to entertain millions while giving out free washers n’ dryers.

Currently, Kevin lives in the New York City metro area, where he is learning the ropes of fatherhood. He is the proud dad of a baby girl.

Come check out one of Kevin’s upcoming shows.

High energy or House music when heading to Vegas 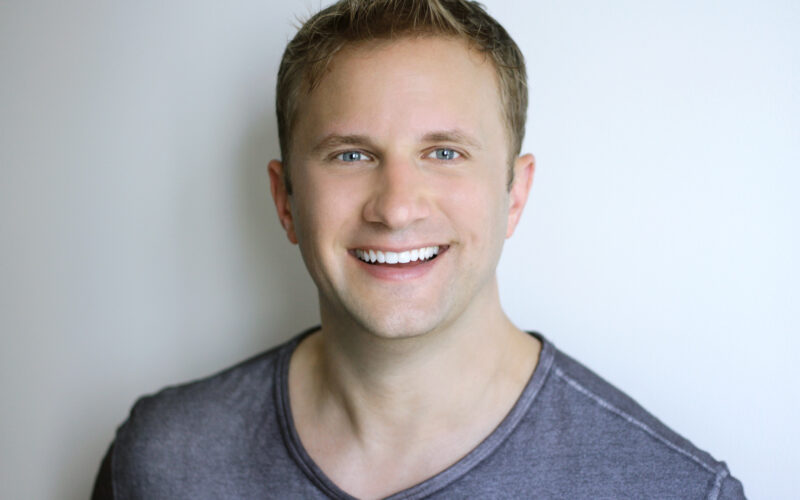 “5 for Friday” with Kevin Gootee 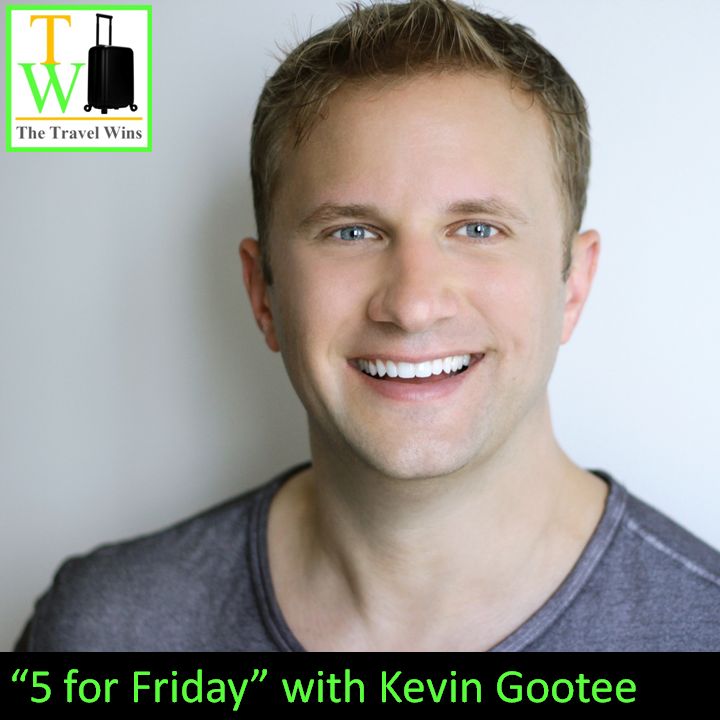 “5 for Friday” with Kevin Gootee

Here is the, under 5 minute, preview of my episode with comedian Kevin Gootee. Kevin is a comedian, voice over actor, host, entertainer, husband and father who shares stories from the road and how he has made changes to his career path. Diversifying his goals and balancing his family life made for a great conversation.

You can catch up with Kevin on his Website or watch his show “Comics Watching Comics” on Amazon Prime. I’m very thankful for Kevin sharing his time and stories.

The full podcast will be available on Monday with expanded stories and successes from the road.

Don’t forget to subscribe to The Travel Wins podcast and leave comments on the episodes. 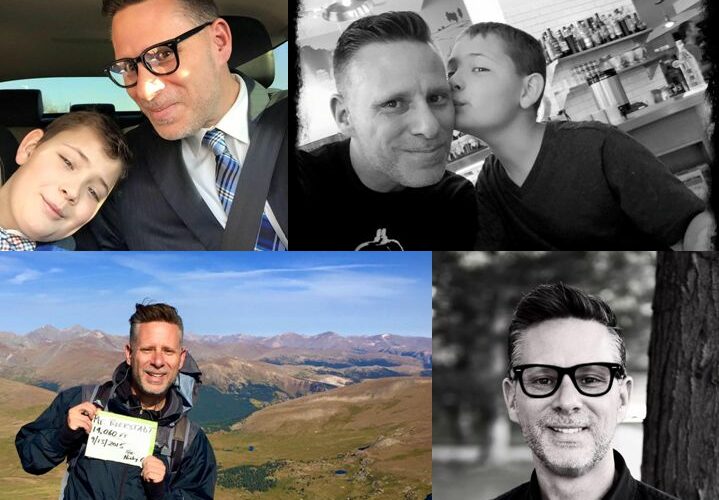 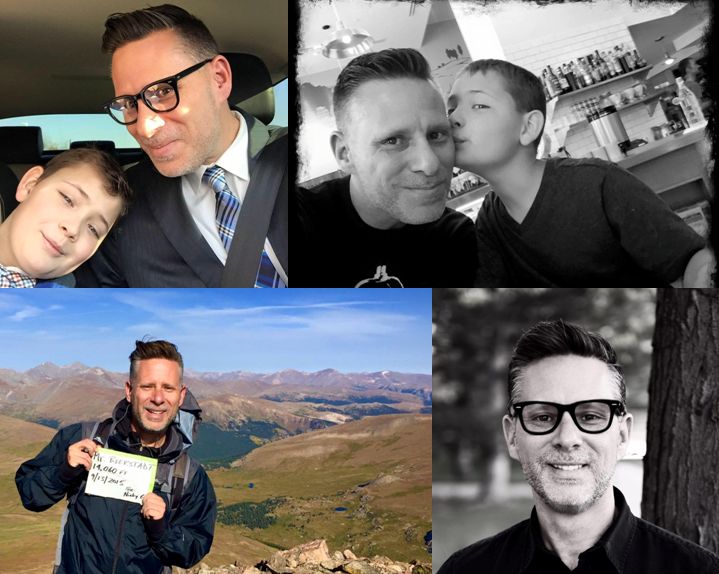 Here is my chat with long time friend Kevin Geiger. Kevin is a business man/father traveling multiple months a year while raising a son dealing with Type 1 Diabetes. Kevin recently took on the role of Vice President of Business Development for a newly formed company named EverCommerce after decades of sales and management experience in the construction industry. He is a construction expert/facilitator working with large and small contractors using technology.

A little background the company Kevin works with:

EverCommerce is bringing together best-of-breed commerce solutions in the service sector, forming one service commerce platform that improves go-to-market strategy for technology companies and simplifies the software-buying process for business owners.

Our team has extensive expertise in business operations, management, legal, finance, accounting, technology human resources, marketing and sales that, via the EverCommerce platform, we provide as a service to drive continued growth and success for growing service commerce companies. Our ecosystem enables companies to thrive in an environment of shared knowledge and resources with significant cost savings.

In addition, service business owners get an unparalleled environment to find best-fit solutions that improve how they market services, manage business, and retain customers. Collectively, all tides rise. Technology companies and the businesses that buy from them can penetrate markets, reach new targets, build efficiency and scale, create revenue predictability, and reach new heights. 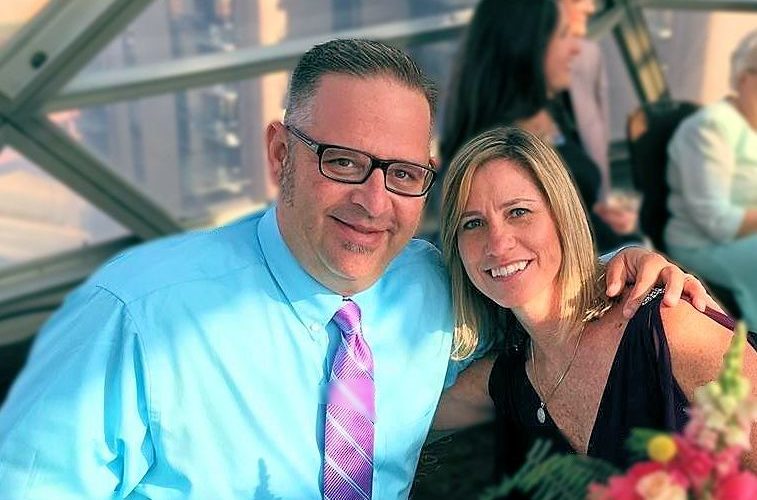 Here is my talk with Kevin Ford. Kevin is the Vice President of Sales and Marketing for two companies, Tablo and Urban Armor Gear (UAG).

A seasoned business traveler who has great tips and thoughts after 20+ years of traveling.

“Best airport to get stuck at …..Minneapolis”