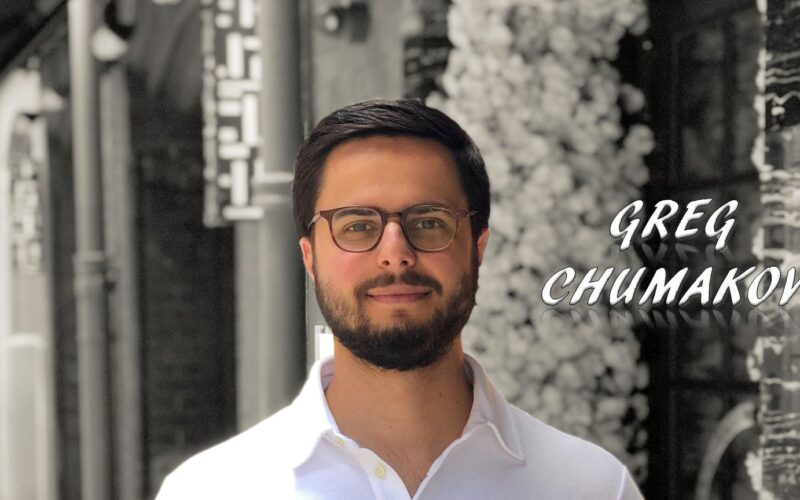 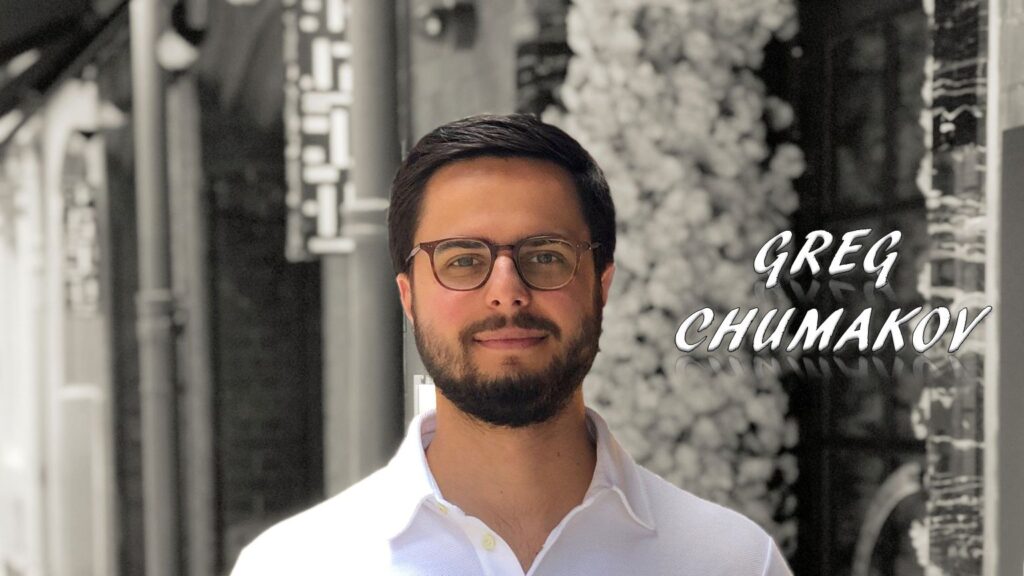 Can a millennial make a positive difference in the world?

Greg Chumakov, Chief Operating Officer, is an impact entrepreneur dedicated to building software to provide large-scale change and a more equitable and holistic approach to education. He is currently the COO of Treedom, a service-learning platform for students designed to empower today’s youth. Greg was born and raised in Singapore where he lived as a US expatriate until enrolling at the George Washington University for Economics and Business.

His story is inspiring and he gives all millenials a good name by helping children get the tools they need to balance the playing field in schoolwork.

Connect with Treedom.co on social media:

With deep roots in South East Asia and a desire to travel at a young age, Greg traveled throughout the Eastern Hemisphere allowing him the opportunity to immerse himself in foreign culture and expand his perspective. Greg’s experience growing up abroad impacted his desire to provide support for those in need.  This ranged from visiting schools in rural Thailand, building houses in Cambodia, finding sustainable food sources for migrant workers in Singapore, and fundraising for terminally ill children in the region. Greg began his career in the energy industry and international markets.  However, drawing upon his earlier experiences volunteering abroad, Greg was committed to providing a strong educational foundation for today’s youth in America, empowering them to make a difference in their community and made the leap, joining Treedom as COO.

The Treedom Software Suite features both a centralized web portal for school administrators to track student engagement, as well as a sleek and fun-to-use mobile application for students.

We’ve reimagined a system of education that is more equitable, student-centered, and competency-based – putting agency in the hands of students.

Is now the right to time to start a financial technology company?

Nicholas Hinrichsen, co-founder of WithClutch and Carlypso, is my guest today and he thinks now is the right time, even with the lockdowns.

After being raised in Germany and playing on the German national golf team, Nicholas decided to attend Stanford Business School in 2011 and started Carlypso, an online used car company, after graduating in 2013. Nicholas then raised a total of $10 million dollars, went through the startup accelerator YCombinator and sold his business to Carvana in 2017.

After leaving Carvana, Nicholas and his co-founder Chris Coleman joined forces again to build a digital platform to refinance auto loans, called WithClutch.com. Nic and I had a great talk about the future of financial tech companies and how specifically his new venture can help college students or anyone who had bad credit, is now improving their credit score and help them refinance their auto loans..

We, Chris Coleman and Nicholas Hinrichsen met at Stanford Business School in 2011. After going on a number of adventures together, including a trip to Vietnam, we had the crazy idea to start an online used car company. We called the company Carlypso and imagined a company like Amazon but for used cars.

​Chris: I am a huge car enthusiast. I went to the Massachusetts Institute of Technology (MIT) for undergrad, joined McKinsey & Company out of college and worked at McLaren in the UK before graduating from Stanford.

​Nicholas: I used to be an avid golfer, playing on Germany’s national team for four years. After finishing my master’s degree in Germany, I worked at Bain & Company and Merrill Lynch before I moved to the U.S. in 2011.

​After graduating from Stanford Business School in 2013, we joined the startup accelerator YCombinator, raised Venture Capital in 2015  and eventually sold the company to Carvana.com in 2017.

We’ve been with Carvana.com ever since, which is on its way to become the world’s largest used car company. We are obsessed with creating exceptional customer experiences.

We got into the car space because we felt that the traditional dealership model was not centered around serving the needs of the customers. Used car sales is a tough business with low margins and a lot of turnover. It has been a humbling experience.

​We are excited about where Carvana.com is going and feel grateful to have contributed to changing how used cars are being sold. We don’t want to stop there though. Over the years, we have noticed huge unfairness and inequality in the area of auto loans.

Americans with challenged credit scores and thin credit files are incredibly disadvantaged by the system: auto loan rates for countless car owners are north of 20%. These loans trap a group of consumers, who are already marginalized by society, into high monthly payments.

We envision a future in which car owners pay fair rates on their car loans. We feel honored to be serving you.

How important is corporate travel for a recent college graduate?

Grant Chang is my guest this week. His work for Acellent requires him to travel several times a month to visit various accounts. He decided to work for Acellent after spending some time as a Cloud Engineer at Apple. We talk about his work at Acellent as well as what his expectations are from corporate travel.

“Because of me traveling at a really young age, travel really became part of my identity and really a hobby of mine.”  ~Grant Chang on important business travel is when considering a career

Smarter Structures for a Safer World

Acellent Technologies, Inc. is a global leader in Structural Health Monitoring and Management (SHM). With two decades of SHM experience, Acellent leads the way in the Industry 4.0 technological revolution.

We design, build, and support SMART Layer Technology to monitor the heath and condition of diverse structures ranging from aircrafts, rotorcraft, pipelines, bridges, wind turbines, automobiles, heavy machinery and more. Our products detect damage and assess the condition of aging, degrading, and failing structures in an easy to understand metric.
‍
Welcome to the age of SMART Structures!

Acellent’s mission is to protect the public’s welfare and safety through our innovative health monitoring solutions.

Acellent’s SMART Layer® technology can easily be integrated into new or existing structures in order to automate inspection and maintenance procedures. Acellent manufactures Structural Health Monitoring products for the evaluation of structural integrity, and we offer a complete system consisting of SMART Layer sensors, diagnostic hardware, and passive impact monitoring & active damage detection Software Suites. These products work together to function as a complete solution for Structural Health Monitoring.