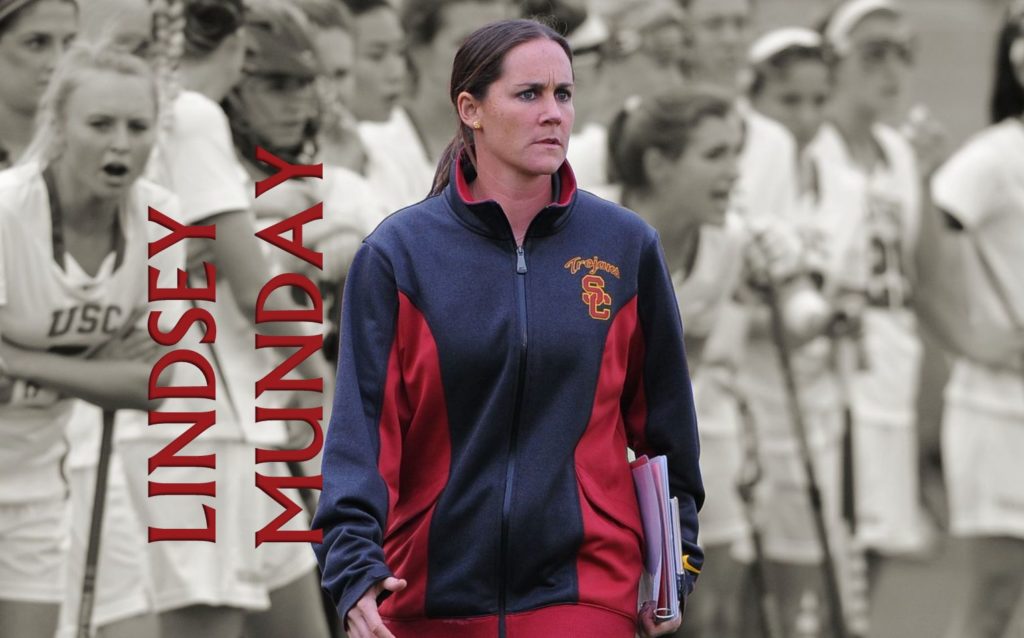 Lindsey Munday has served since 2013 as the inaugural head coach of the USC Trojans women’s lacrosse team after a stellar collegiate career at Northwestern winning two national championships. We have a great talk about the travel necessary for a west coast lacrosse team playing a sport that has its roots based on the east coast.

The talk includes her thoughts on recruiting players, the west coast growth of women’s lacrosse and how she and her assistant coaches balance their personal lives outside of the rigors of a D1 program.

To follow her journey or the Ladies of Troy lacrosse team make sure to follow them both on their social media pages.

Munday was raised in Mountain Lakes, New Jersey and graduated from Mountain Lakes High School in 2002, where she played basketball and soccer, as well as lacrosse. She was inducted into the school’s hall of fame in 2018.

She spent four years as an assistant coach at her alma mater and one season as head coach for the Mount St. Mary’s Mountaineers women’s lacrosse team. She was selected in 2011 as the inaugural coach of the USC Trojans women’s lacrosse team, a program that played its first game in February 2013 at Los Angeles Memorial Coliseum, losing to Northwestern. Her USC team has a record of 79–38 overall record, which includes 42–11 record in league competition