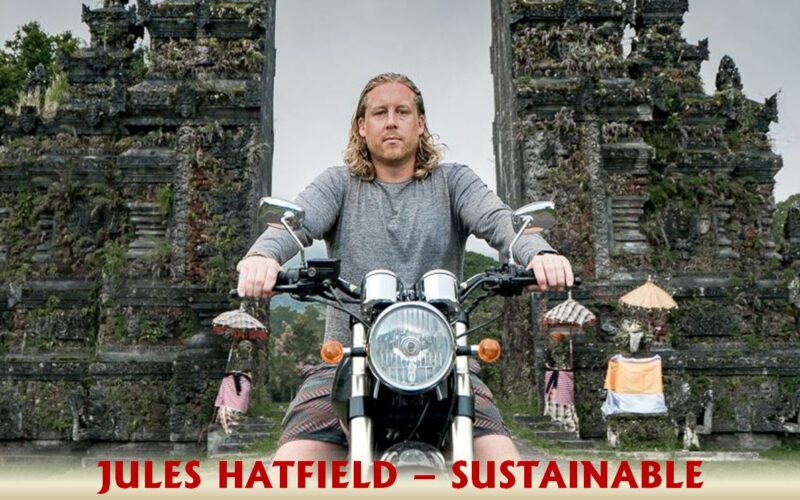 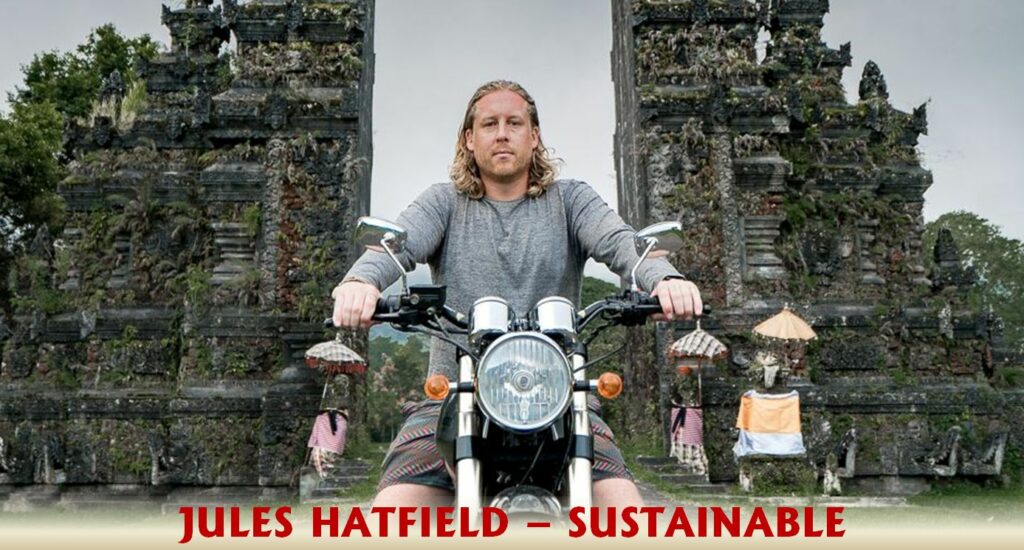 Jules Hatfield is my guest on today’s podcast. Jules is one half of the Jules & Christine travel team. They created a travel blog promoting sustainability in traveling while still inspiring many to travel the world and create their own adventures. They share their stories on their blog, website, YouTube page and all of the other social media links. I really enjoyed speaking with someone who created a lifestyle of traveling the world while also learning proper ways to sustain the environment. We also spoke about how he helps others who also want to travel.

Congratulations on their recent nuptials in Mexico. I spoke with Jules just before they were leaving the country to get married. Make sure to click all of the links available to get specific information on how Jules and Christine can help you see the world.

Jules’s listening choice while traveling for work is:

The dynamic duo behind Don’t Forget To Move! We’re full-time travel bloggers, exploring the most gorgeous locations around the world and sharing our experiences with you along the way.

But before we tell you more about that, let’s rewind a bit to learn more about how this unlikely team from opposite sides of the earth first met.

Long before the blog was even a concept, we were just two solo travelers on the road looking for adventure. Jules from Melbourne, Australia and Christine from San Francisco, USA.

In early 2012, we first met while volunteering at a non-profit in Pisco, Peru. After a brief friendship our relationship quickly turned more serious and we ended up spending 6 months in Peru volunteering together, building houses that were destroyed by a massive earthquake.

From that point on we solidified our relationship with a shared love for travel and a passion for helping the communities we encountered.

On our travels we’ve fallen in love with the historic streets of Cuba, worked with typhoon survivors in the Philippines, bathed rescued elephants in Thailand danced at one of the biggest music festivals in Europe and gorged ourselves on pasta in Italy.

And the list goes on! We’ve had epic adventures so far and we don’t plan on stopping anytime soon!

Now we base ourselves out of Bali, the US and Australia for part of the year, but are constantly taking trips to wherever our work and hearts take us.

Our goal for Don’t Forget To Move is to uncover the coolest destinations around the world and share with our readers how to make a positive impact while traveling. We also love to take beautiful photographs and video to show the world just how incredible planet earth is! 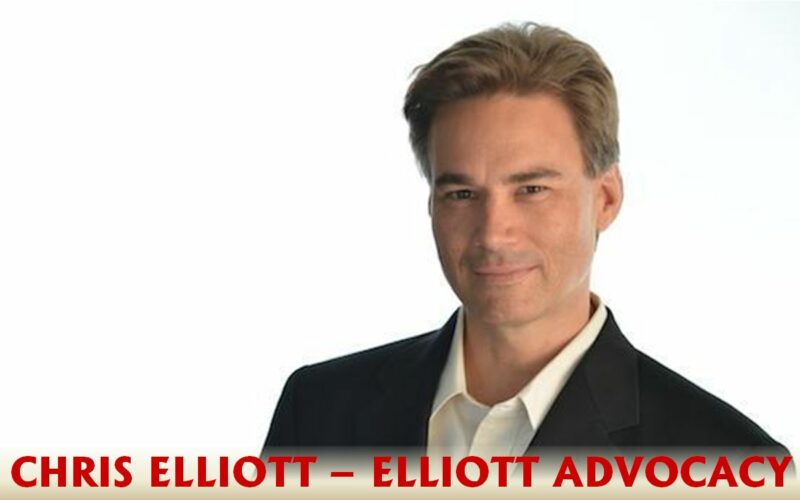 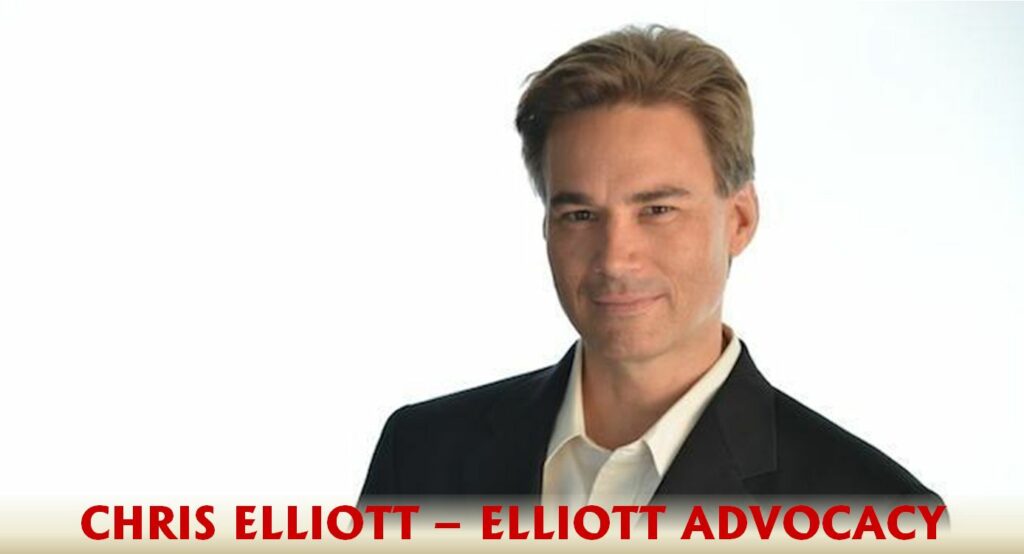 Christopher Elliott is my guest on today’s episode. Chris is an award-winning author, advocate, and journalist. He shares some of his stories from the road and is a self professed traveling nomad. As a travel contributor for Forbes, USA Today, Washington Post, National Geographic and NPR I really appreciated Chris giving me as much of his time as he did.

Chris and his children listen to XM radio quite a bit while driving across the country. Their favorite channels are:

He’s the author of How To Be The World’s Smartest Traveler (And Save Time, Money and Hassle) (National Geographic, 2014) a practical guide for travelers, and Scammed: How to Save Your Money and Find Better Service in a World of Schemes, Swindles, and Shady Deals (Wiley, 2011) which explores the broken relationship between American consumers and businesses.

He writes six weekly syndicated columns with a total reach of more than 10 million readers.

✓ A weekly column for the Washington Post called The Navigator, which focuses on being a smarter and more informed traveler, with a special emphasis on transportation policy.

✓ Elliott is also a regular contributor to Forbes. He writes write about customer service issues, with a specialty in technology and travel. Many of these columns are also branded as Smart Consumer stories and nationally syndicated.

Elliott was born in Charlotte, N.C., and grew up in Vienna, Austria. He attended primary and middle school in Austria (Volksschule Südstadt and Vienna International School) and later transferred to Black Forest Academy in Kandern, Germany, before graduating from Briarwood Christian School in Birmingham, Ala., in 1986.

Elliott completed a total of six editorial internships, including stints at the Claremont (Calif.) Courier, the Daily Bulletin in Ontario, Calif., the Birmingham (Ala.) News, The Dallas Morning News, the Los Angeles Times, and Reuters.

Elliott began working for Dow Jones & Co. in 1992 shortly after graduating from Berkeley. He covered initial public stock offerings from Dow Jones News Service and occasionally wrote Abreast of the Market and OTC Focus for the Wall Street Journal. He took a job as the business travel editor for Travel Weekly, a travel trade publication, in 1994. He returned to Europe after receiving a Fulbright scholarship in 1996. In 1997, Elliott came back to the United States and started writing a weekly travel column called The Crabby Traveler for ABCNews.com. Three years later, the column moved to CNN.com and eventually went into syndication.

In 1996, Elliott registered the domain Elliott.org and began posting stories from readers. Many articles involved seemingly intractable problems with a company. Rather than just complaining, Elliott engaged in an early form of solutions journalism. He contacted the company on behalf of the consumer and helped negotiate a settlement. The stories formed the basis for a weekly feature called the Travel Troubleshooter. In the late 1990s, the Miami Herald picked up the Travel Troubleshooter as a standalone column.

In 2006, Tribune Media Services added the Troubleshooter to its lineup for national syndication. In 2009, Elliott started to develop a companion column, Problem Solved, which handled non-travel complaints. Both the features are now syndicated by King Features. In 2001, Elliott became National Geographic Traveler’s reader advocate. He remained in that role until National Geographic’s sale of the magazine to News Corp. in 2016.

In 2018, after 22 years of self-publishing Elliott.org, Elliott incorporated Elliott Advocacy as a 501 (c)(3) nonprofit organization, with a mission to help empower customers to solve their problems and help those who can’t.

Elliott has hosted radio and TV shows on travel and advocacy. In the late 90s, he began reporting for National Public Radio as an independent producer. In the early 2000s, he hosted What You Get For The Money: Vacations on the Fine Living Network (now the Food Channel). He also co-hosted the weekly syndicated show Rudy Maxa’s World with Christopher Elliott from 2009 to 2011. Elliott has appeared on virtually every major TV network as a subject matter expert, including ABC, BBC, CW, CBS, CNN and NBC. Elliott is known for keeping a low profile. He doesn’t submit his work for awards and in recent years has avoided public appearances.

In addition to being a nationally-recognized expert on customer service, Elliott is an inveterate traveler and travel writer. In his spare time, he enjoys hiking, photography, and scuba diving. His weekly column, Away is Home, chronicles his never-ending journey around the world with his three school-age children. Elliott is based in Prescott, Ariz.