OP Almaraz | team building his way to the top 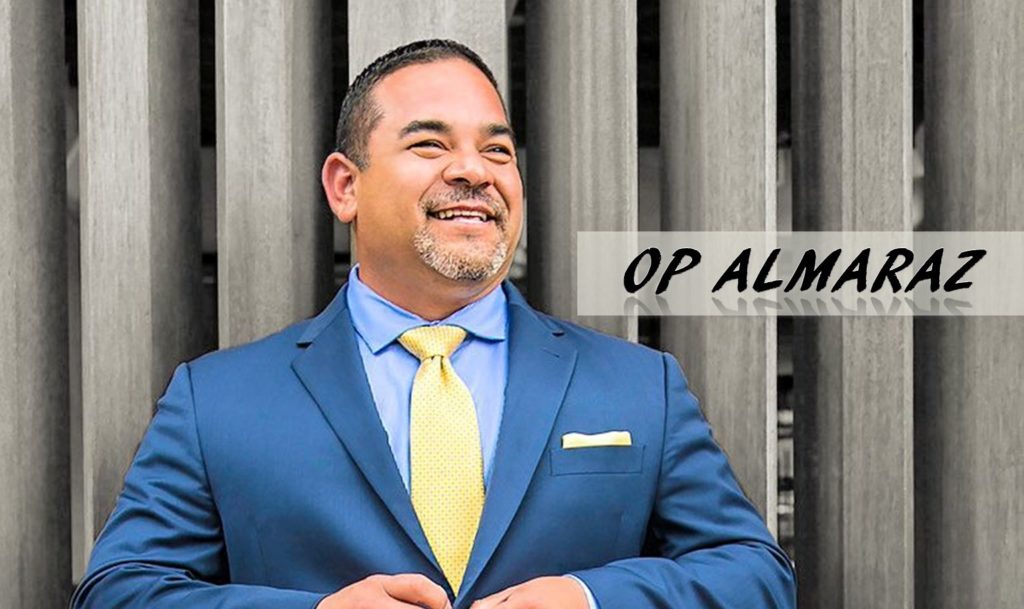 How to become successful while living what you preach.

OP Almaraz is my guest on today’s podcast. OP is the president and founder of Allied Restoration. After years working for others and making them successful OP decided it was time to build his own company. Coming from a difficult but nurturing upbringing OP learned how to be successful and now shares his success with his team.

Public speaking is just one of the ways OP is sharing his story. The workshops and teambuilding exercises he makes his team complete shows that he is walking the walk. I had a great time speaking with him and we shared some similar background stories. It’s not often that you meet someone that practices what he preaches and has the success to prove it.

Make sure to check out OP and his company, Allied Restoration, on their social media platforms and follow him to find out what you need to be successful.

There is one memory that I always point to as to what helped me become the man I am today. I think lots of us have moments when we decide to make a change, and though I’m not sure we can will success to happen, I know that nothing comes without hard work, dedication, and massive action. As a child, I grew up on government cheese and food stamps. Even though we lived not too far from Hollywood, it was a far cry from the land of dreams. My father, Inocencio, was an auto mechanic and a stern man. His life was one of hard labor, and he didn’t expect any of his kids to rise above their circumstances.

One day, my father and I were changing the starter on a `66 Chevy Nova. A friend of mine came walking down the street, dribbling a basketball. The look on my dad’s face said, “Don’t even think about it,” but I
pleaded to be able to go play with my friend. When I returned, my father was livid. “O.P.,” he said, “who is going to fix your car when you get older if you can’t do it yourself?” My response, which seemed logical enough to me, was that I would take it to the body shop. This sent my father into a fit of laughter so loud and energetic that you would have thought that I had just told the funniest joke he had ever heard. The thought that I would one day have enough money to pay $25 per hour for car service was high comedy to my father.

Needless to say, I was absolutely crushed by his response. I went up to my room, and I sulked. I was mad that we were poor, I was mad that I couldn’t have what I wanted, and I was mad at the world. Just then, my mother, Julieta, came into the room to console me. She said, “Mijo, don’t worry. You can do more with your life. We serve a mighty God.” I have never forgotten those words of encouragement.

Not long after that, my mother was interviewing for a job at a real estate brokerage. The woman interviewing her showed up to our house in a brand-new Mercedes-Benz. I decided then that I would begin working toward what she had, and her car became a symbolic target in my mind. I began taking classes as soon as I could and tried to focus relentlessly on my goal.
Even after this experience, I ran into all sorts of hurdles along the way. I encountered lots of doubters, who told me that I was too ambitious. Friends told me about people who owned buildings, describing the experience as a nightmare. I even failed my real estate exam twice. Still, I persisted.

The path toward our goals is rarely a straight line, and you have to be prepared for some bumps along the way. No one wants to experience pain, suffering, or embarrassment. Occasionally, however, these emotions become the inspiration for setting long-term goals that end up changing our lives.
When I think back to that sense of anger I had as I sat in my room, and the sense of hope my mother was able to provide, I know that those feelings helped push me toward the incredible journey I am on today.