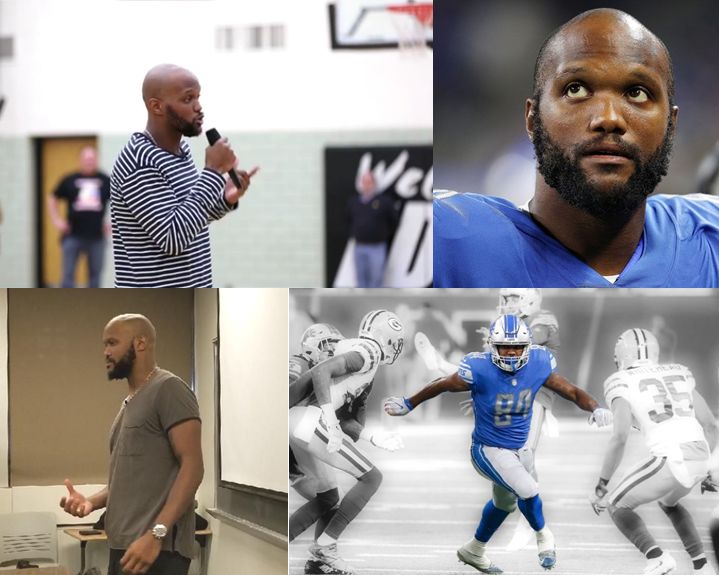 The Travel Wins podcast this week is with recently retired NFL player Hakeem Valles. Hakeem decided to make the career switch from professional football player to real estate investor and public speaker. He came to the self realization that he would not be a franchise player in the NFL and wanted to spend more time pursuing his careers in real estate and speaking while having the time to be with his fiancée and new baby.

In this episode Hakeem shares his thoughts on:

Hakeem Valles is a former American football player who is currently a free agent. He played college football at Monmouth and was signed by the Arizona Cardinals as an undrafted free agent in 2016.

Valles was born in the Sicklerville section of Winslow Township, New Jersey.

He played high school football at Peddie School in Hightstown, New Jersey as a wide receiver. He garnered First Team All-New Jersey Prep accolades his junior year. He also spent some time at quarterback and defensive back while at Peddie

Valles played for the Monmouth Hawks of Monmouth University from 2012 to 2015. He was redshirted in 2011. He majored in Business Administration at Monmouth.

Hakeem converted to tight end during training camp in 2014. He appeared in 11 games, starting nine, during the 2014 season. He caught 18 passes for 255 yards and three touchdowns. He played in 11 games, all starts, his senior year in 2015. He recorded 22 receptions for 236 yards. He was also a team captain as a senior.

He played in 38 games, starting 20, during his college career. He recorded career totals of 40 receptions for 491 yards and three touchdowns

Valles was rated the 30th best tight end in the 2016 NFL Draft by NFLDraftScout.com. Lance Zierlein of NFL.com predicted that he would be selected in the seventh round or be a priority free agent. Zeriein said that Valles was an “Intriguing prospect due to combination of size and speed and an apparent willingness to scrap it out as a blocker.” He also said Valles “Has an outside shot of being drafted and might kick around on a practice squad a year or two while he hones his skill at the position

Hakeem signed with the Arizona Cardinals on May 2, 2016, after going undrafted in the 2016 NFL Draft. He was released by the team on September 3, 2016, and was signed to the practice squad the next day. He was promoted to the active roster on October 6, 2016. He made his NFL debut, and first start in Week 5 against the San Francisco 49ers. He played in 11 games, starting 1, during the 2016 season and recorded three solo tackles.

September 2, 2017, Valles was waived by the Cardinals.

September 6, 2017, Valles was signed to the Detroit Lions’ practice squad. He was promoted to the active roster on December 26, 2017.

His younger brother, Max, also plays in the NFL.